Dave has been a pastor and teacher for over 45 years, serving in churches in Ontario, Michigan, Indiana, and Alberta. But his favourite role has been that of 'Papa' to seven wonderful grandchildren. He is passionate about encouraging and equipping grandparents in their role of discipling the next generations in Christ. With a Master's degree in Biblical Counseling (MABC), Dave's blogs will be Bible based, practical, and always hopeful.
More by Dave
Facebook
Twitter
LinkedIn
Email

A Grandfather That Made a Difference

In this blog, I want to introduce a grandfather who made a difference by passing on their legacy of faith to the next generations. I want to tell you the story of my maternal grandfather, Deldon Snider, a man you would not find mentioned in the WHO’s WHO of famous people. But, in the Lamb’s book of life, you will find his name on the scroll. Revelation 21:27

My grandfather came from a large farm family, and his father was a preacher of the gospel. Grandpa became a Christian when an evangelist came to his church and preached the gospel, and in his words declared, “that was the beginning of a change in my life.” Sadness touched his young life when he lost his mother due to the negligence of her attending physician. He never spoke evilly of the doctor, but the tragedy touched him deeply. As he grew into a young man, Grandpa thought seriously of following in his father’s footsteps. But the curious ministerial selection act of casting lots or drawing straws left him with the short straw. His response to that disappointment was, “God had something else for me. Others helped me study and understand the Bible, and I learned to teach it to the adult bible class in my church.”

After Grandpa sold his farm, he moved into the city of Waterloo, ON and took a job as a common labourer in a shoe factory. Later, his brother invited him to help “sell off his stock at his retail appliance store” after the shoe store laid off many employees. Since he had time on his hands, he agreed and soon discovered that he had a gift for selling based on his absolute love and deference for people. One day a salesman made an offer he couldn’t refuse – “If you enter the business, I will provide the financial backing.” And so, at 55 years he began his career in retail appliance sales until his retirement at 75. Even after his death, Kathie and I would visit people in the area that remembered Grandpa and how he helped their parents during the hard years after the Great Depression purchase home appliances. He often would deliver the appliances and allow them to pay when they could.

Grandpa always kept his sense of wonder. He had a remarkable reputation as a man of integrity who was constantly amazed at the changes in his world, always desiring to learn from them. He inspired me to do the same.

My Grandpa was a kind, considerate, and generous man. As a young couple, we lived in a small, one-bedroom apartment, but soon were expecting our first child and began to dream of buying a home to house our growing family. Seeing the need, Little Grandpa graciously offered to loan us funds for a down payment, understanding we would repay it as we were able. Fast forward four short years, and it was apparent that my 96-year-old grandpa was getting ready to go home to heaven. Knowing the estate would call in the loan upon his death, he asked Kathie and me to come to visit him one evening. We did, and with a twinkle in his eye, he handed me the original promissory note we had signed. Scribbled over the note was one word: “Forgiven.” Grandpa knew we did not have any means to repay the debt we owed to him. At that moment, he was more like Christ than anyone I had ever known. Unable to pay the debt for my sin, Christ loved me and completed the necessary transaction many years ago when He willingly shed His blood on the cross of Calvary. My debt was paid in full.

He died in his 96th year on my birthday, a few weeks before turning 97. Just before his homegoing, he asked me to preach at his funeral from John 6:66-69, “After this, many of his disciples turned back and no longer walked with him. So, Jesus said to the twelve, “Do you want to go away as well?” Simon Peter answered him, “Lord, to whom shall we go? You have the words of eternal life, and we have believed, and have come to know, that you are the Holy One of God.”

I affectionately called this wonderful godly man “little grandpa,” but he will always be large in my heart. His story I have enjoyed telling my grandchildren, and our oldest grandson put his faith in Christ a few weeks after hearing the story of his faith. So, for about six generations now, we have been sharing the gospel with the next generations. I look forward to seeing him in heaven, the one who inspired me to live a good and godly life following Christ. May his tribe increase.

May his life inspire you to do the same. 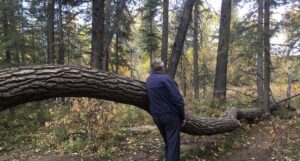 Sunshine and Shadow: Living 24/7 for Christ Through Life’s Ups and Downs

How do we bear up under these things? How do we repair the bridge that connects the hearts of our children and grandchildren to our own?

Words that Lead, Watch Over, and Talk With Children and Grandchildren

When you walk, they will lead you; when you lie down, they will watch over you; and when you awake, they will 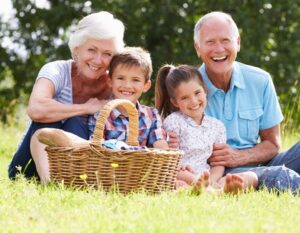 What Are Your Best Practices?

“What you have learned and received and heard and seen in me – practice these things, and the God of peace will

Helping grandparents have a greater spiritual impact on their families

We help grandparents grow in their biblical role through our resources and events, so they can have a greater spiritual impact on their families.